Can you imagine yourself and what your life would be like in 10 years time? 20? What about 40 years from now? What about your relationships with your partner, family and friends? Ageing is a fact of life, but until it happens to you it can be difficult to fully understand what it’s like.

Well, to help us gain some insight into the experience of ageing, you may benefit from watching some movies about the topic. To help you out, we’ve compiled a list of the top 10 films about ageing to help you understand a little more about the inevitable process of getting older or at least give you an excuse to sit back, relax and watch some great movies!

Top 10 Films about Ageing – in no particular order:

British retirees travel to India to take up residence in what they believe is a newly restored hotel. Less luxurious than advertised, the Marigold Hotel nevertheless slowly begins to charm in unexpected ways.

An elderly couple are forced to separate when they lose their house and none of their five children will take both parents in.

Georges and Anne are an octogenarian couple. They are cultivated, retired music teachers. Their daughter, also a musician, lives in Britain with her family. One day, Anne has a stroke, and the couple’s bond of love is severely tested.

The Curious Case of Benjamin Button (2008)

Tells the story of Benjamin Button, a man who starts aging backwards with bizarre consequences.

After living a life marked by coldness, an aging professor is forced to confront the emptiness of his existence.

At a home for retired musicians, the annual concert to celebrate Verdi’s birthday is disrupted by the arrival of Jean, an eternal diva and the former wife of one of the residents.

An old couple visit their children and grandchildren in the city; but the children have little time for them.

A elderly man and his dog struggle to survive on his government pension in Rome.

An old man makes a long journey by lawn-mover tractor to mend his relationship with an ill brother. 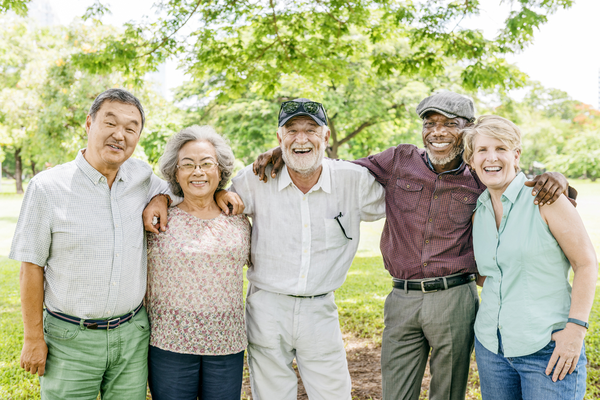 Ageing well and how education can help

Ageing well can mean a lot of different things. Keeping the wrinkles at bay...